At Linkwasha, Tasimba’s home camp in Hwange National Park, Zimbabwe, there is a wildebeest that the camp staff affectionately call Lonely George. Like all of his kind, he looks like he was assembled from spare parts – forequarters like an ox, spindly legs like an impala, antelope-like hindquarters, the mane and tail from a horse and a large, box-like face only a mother could love. Even its horns are at odds as they curve both outward and inward and are slightly backward. A strange, but unique creature indeed! George is often seen at his post, close to the waterhole immediately in front of the camp and, much like a sleeping sentinel, he seems sublimely oblivious to what’s going on around him. 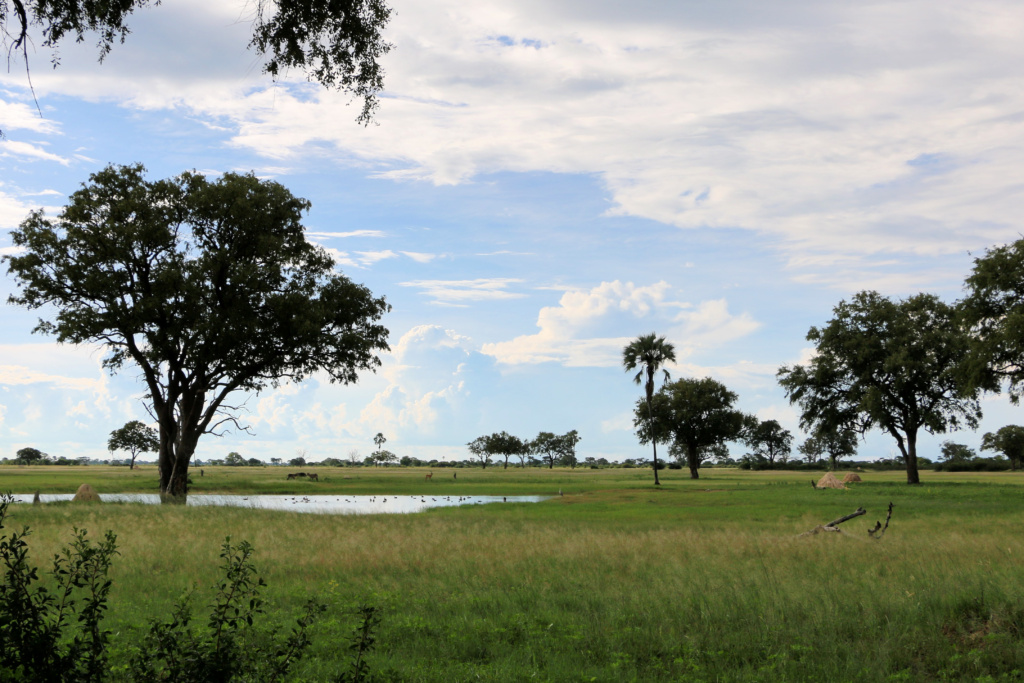 We’ve watched him meander uninterested through herds of zebra and waterbuck but saw him many more times alone, just standing there, watching…waiting. Even when the gigantic elephants pad slowly over to quench their thirst he barely shuffles aside. Late one afternoon we watched a lone lioness seeking supper, stealthily creeping through the long grasses towards George and the waterhole. The other animals – skittish, nervous – barked warnings as they stared in the direction of the lioness. But not George.

Vulnerable in the vast African wilderness, wildebeest are continually on the move seeking favorable supplies of water and grass.  Active both day and night, they can cover long distances at a slow rocking gallop but can run fast when necessary. As defenceless creatures, with only their horns and their numbers for protection, wildebeest typically live together in large herds. But not George.

Male wildebeest often stake out a patch of the grass-covered plains in the hope that females will find them irresistible and decide to join them where they then get to claim mating rights.  Most males pick a part of the plains where there are herds nearby.  But not George. 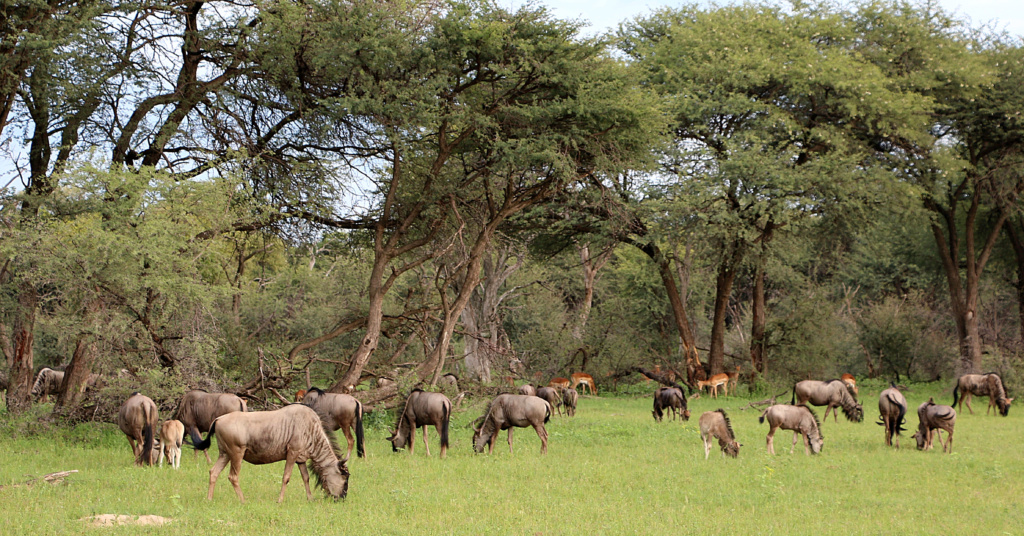 So what drives a wildebeest – or a leader – to stand alone from the others? Is it a self-assured cockiness that, by standing alone, in time his bravery will attract followers? Is it a self-righteous belief that he knows something others don’t, so that is what separates him from the herd?  Or is it simple ignorance of the fact that the only measure of leadership – or wildebeest – success is that others choose to follow?

Moral of the Story
Keep your eye on the competition.
Be aware of dangers that may impact your business.
You can’t be a leader if you don’t have any followers.

Those who choose to stand alone should buy extra insurance.

For amazing wildlife viewing and inspiration on how to be a better leader, join us this November 14th – 21st, 2016 at Linkwasha, for the incredible TASIMBA experience – the African safari like no other!

For more information, please contact:
Hugh Coppen at 415-805-8611
or email to: hughcoppen@tasimba.com